With the weather getting warmer, we can officially say that we’re in spring! Finally, we can put the thick winter coats back in the closet for another year and replace it with cute jackets and skirts. We find that our mood is picking up too, and what’s a great thing to do when you’re happy? Party and celebrate of course!

Below is a list of some of our favourite idols who have their birthday this month. We hope they’ll have a lot of fun celebrating their special day. 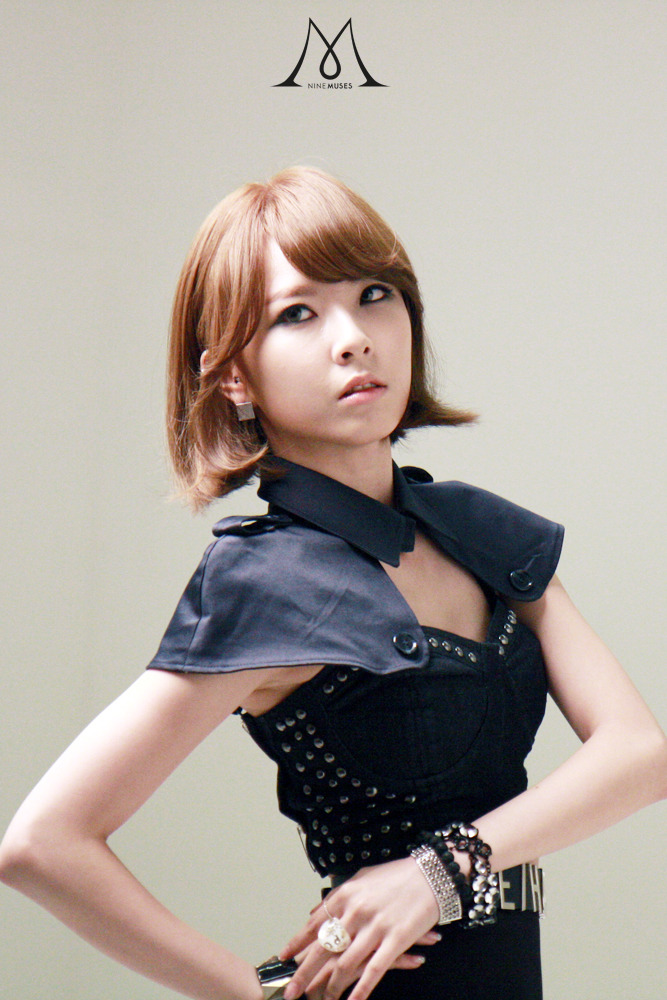 On Monday, the gorgeous Hyemi has her birthday! Main vocalist of sizzling girl group Nine Muses will be 26 this year. Last year was a big year for her, as she debuted in Nine Muses’ sub-unit Nine Muses A alone with 3 of her members. Their first single album Muses Diary was a huge success and we’re excited to see what they come out with next. What’s better than one birthday? Two birthdays of course! Hearthrob Mingyu from Seventeen will be turning 20 and Cutie Ken from VIXX will be 25. These are both big milestones and we hope that their respective members make their day special.

Jonghyun from senior idol group SHINee will be celebrating his 27th birthday! He’s gotten up to so much over the last year, from releasing yet another solo album She Is to participati
ng in his group’s comeback 1 of 1. Although he is often very busy, let’s hope that he can take a break on his birthday! Maknae and visual of EXO Sehun is turning 23 today! Lately, he’s being doing a lot of solo photoshoots for magazines such as Vogue Korea and Thai magazine L’Optimum which we think is fantastic. As the youngest member of the group, we’re sure he’ll get lots of love and attention from his members on his birthday.

Solo artist and legend Zion. T has his 28th birthday today. Recently, this R&B and Hip-hop singer has released his second EP OO which features collaborations from big artists such as G-Dragon. Even though he isn’t a member of a group, we’re sure that he’s got plenty of friends who he can celebrate and have a good time with. Lead vocalist of sexy and sensational girl group MAMAMOO is turning 22. Wheein is particularly adored by fans for her considerate and caring nature. Most recently there was an incident at a fan signing event where she used sign language to communicate with a deaf fan, which other fans highly commended her for. We hope that this sweetheart is given the appreciation and love she deserves today. Officially becoming an adult this month is main rapper Chaeyoung! TWICE has been enjoying success after success ever since their debut, most recently with latest track ‘Knock Knock’, which has amassed nearly 70 million views in just over a month! Hopefully the whole JYP family can get together to make this beauty’s birthday extra special.

Yet another soloist is celebrating their birthday in April, and this time it’s the sexy Jay Park! This artist is always releasing new songs, his most recent album Everything You Wanted reaching 5th place in Korean charts. Maybe him and Zion T can get together for a joint birthday celebration? Turning 28 is Daesung of hugely popular K-Pop group Big Bang. This month, Daesung is going to be incredibly busy on his first solo dome tour in Japan! As well as this, he is set to release his second Japanese mini-album D-Day on the 12th April. Hopefully he’ll find time to himself so that he can celebrate his birthday. Sweet and friendly Wonpil of rock band Day6 is celebrating his birthday at the end of this month! Playing both the keyboard and synthesizer as well as being a beautiful vocalist, this artist is one handsome package! Although he’ll probably be busy preparing for their May release, let’s hope him and his members can do something special to commemorate his 23rd birthday.

That’s it! If you’re celebrating your birthday this month, make sure to check our list to see if your birthday is on the same day as one of your favourite idols.